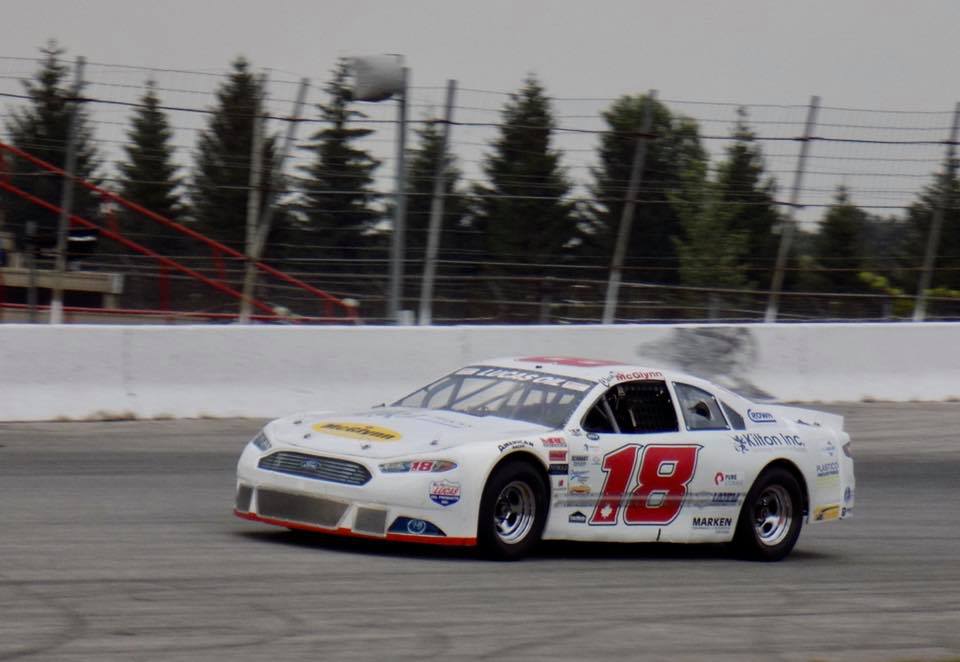 Sauble, ON – Sunny skies showed hope for LOSC teams as the series made the trip to Sauble Speedway, for their third race of the season. After practice sessions were well underway the skies started to darken as we were preparing to battle at the beach.

With rain in the forecast and headed to the speedway, the track and Series made the mutual decision to scratch qualifying and invert the top 10 in points, to roll the field off to green. The invert left the #61 of Brent Wheller leading the field; followed by Chad McGlynn, Michael Hrynuik Jr, Tim Tolton, and Doug Catchcart, rounding out your top five.

The #3 of Tim Tolton brought out the first caution of the 100 lap race. The three-car slowly made his way around the track when the yellow was finally brought out three corners later. With speed of the #3 car being shown in laps prior to the caution, this changed the top five outlook early on in the race.

As laps were being added to the board, while the track made the decision to count caution laps, we quickly started to see your top five in points, make their way through the field. Gallant, Doerr, McNicol, and James seem to be repeating names as we travel around the province. With Gallant leading the “fast five” through the field, Cathcart and Trevellin were not far behind.

The #18 of Chad McGlynn took the early lead and dominated the night as the rain started to fall. Not pressured by the pack of hungry wolves behind him, the 18 stayed calm and collected as “laps to go” started to fall.

A mid race caution fell, as the #96 of Scott Laporte broke down, with caution laps counting. Laporte tried numerous times to bump start his hotrod but it was not working out. That concluded the race for the 96.

As lightning and rain started to settle in, drivers started to get antsy. McGlynn still lead your 18 car class, as your repeated “fast five” began to race through the field. Quickly skies started to darken and clouds were rolling in as mother nature washed our night away 50 laps early. Your race winner, Chad McGlynn dominated all night long, as the #18 picked up his first checkered flag of the season.

Gallant, James, Doerr and Wheller rounded out your top five. The #19 of Kevin Trevellin was your “Hard Charger” award winner, as the LOSC veteran went from 15th to 7th in the quick 50 lap dash. Your rookie driver standings now puts Folino ahead by 82 points, with your championship points leader now Connor James. Your top five is James, Doerr and Gallant tied for second, McNicol and Chad McGlynn.

The LOSC series is back in action on August 10th at Peterborough Speedway. As the end of the season is quickly approaching, we are seeing Intense racing as championship battles begin to rise.