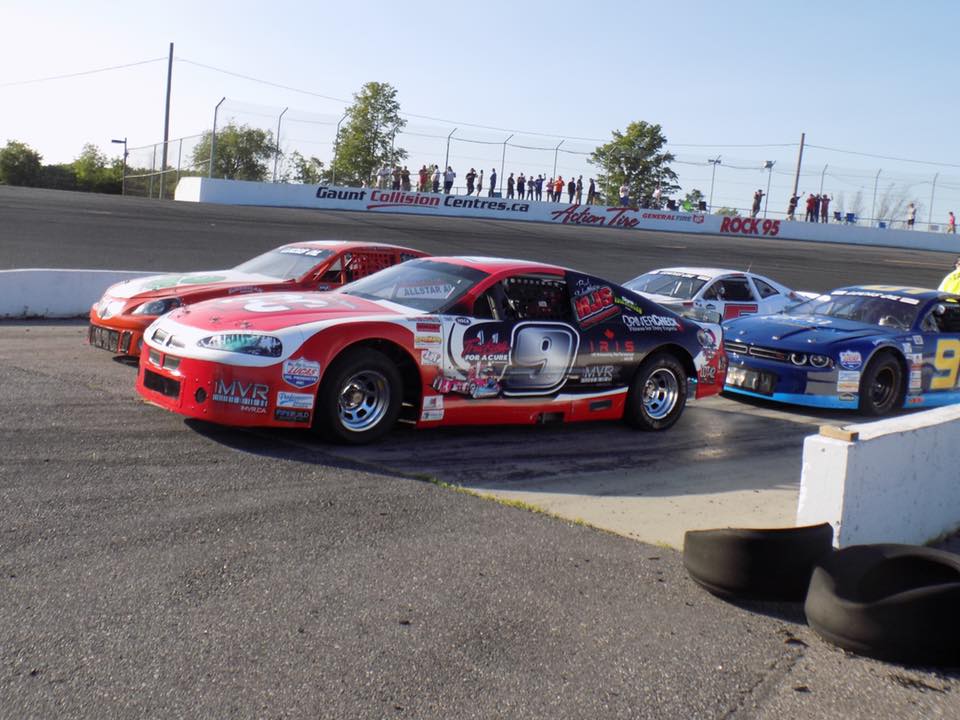 The last two races that the Lucas Oil Sportsman Cup Series have put on have been no less than exciting. With two different drivers conquering victory lane and new faces coming to play, the series has caught eyes of race fans around the province. As the series moves into their third race of the season, the points standings are heavy as the battle for the championship is on the line.

The pressure is on for the top three in series points. With James and Doerr tied for first, Gallant and McNicol are not far behind both tied at 190 points for second and Catchcart and Tolton tied as well for third. This sets the series up for some exciting races as the drivers get ready to take on Sauble Speedway this weekend for the third race of the season.

The “Battle at the Beach” is always an exciting race for LOSC. The tightknit track calls for some hard racing as our series never fails to put on a good show for our fans. With points being so close, it is hard to say who we will be interviewing in victory lane, although your top five picks, are not hard to come by. McNicol, James, Doerr, Gallant and Tolton seem to be our reoccurring top five finishers so far this season. Although with the upcoming talent and impressive runs by Hrynuik Jr and McGlynn, it is hard to predict which drivers will conquer the bullring.

As James and McNicol lead the field with each a victory at hand, both can agree their wins did not come easy. Dating back to our first race of the season, Veteran driver McNicol did seem to walk away from the pack behind him, although Gallant, Catchcart, Doerr and James were on a mission. James can attest to that as well, as the young star battled side by side with the 54 of Kevin Allen for the majority of the race at Sunset Speedway. The two were in constant combat for their first wins of the season.

The 54 team decided against running at LOSC’s season opener at Full Throttle Motor Speedway, although proved to us at Sunset that the team was there to win. Hot right out of the box, the 54 team qualified upfront and stayed there battling with James, taking early lead over the 4, coming up one spot short for their first race of the season. Steve Arrand and Kevin Allen plan to bring their “A” game to Sauble as they fight to get the top in points standings.

2019 has brought new car counts to the series, as we see a handful of newly discovered names. Aubertine, Folino, and Robinson count as your rookie contenders for this years season. Currently, Folino is leading the rookie standings as he has completed both events that the series has ran.

With this weekend’s race at Sauble Speedway being our halfway mark for the season, things will start to become hot and heavy as the time is crunching down, for the drivers competing for the championship. All drivers can agree that is it consistency that wins the race, and as we continue to travel around the province, we will see who will be crowned our series champion.