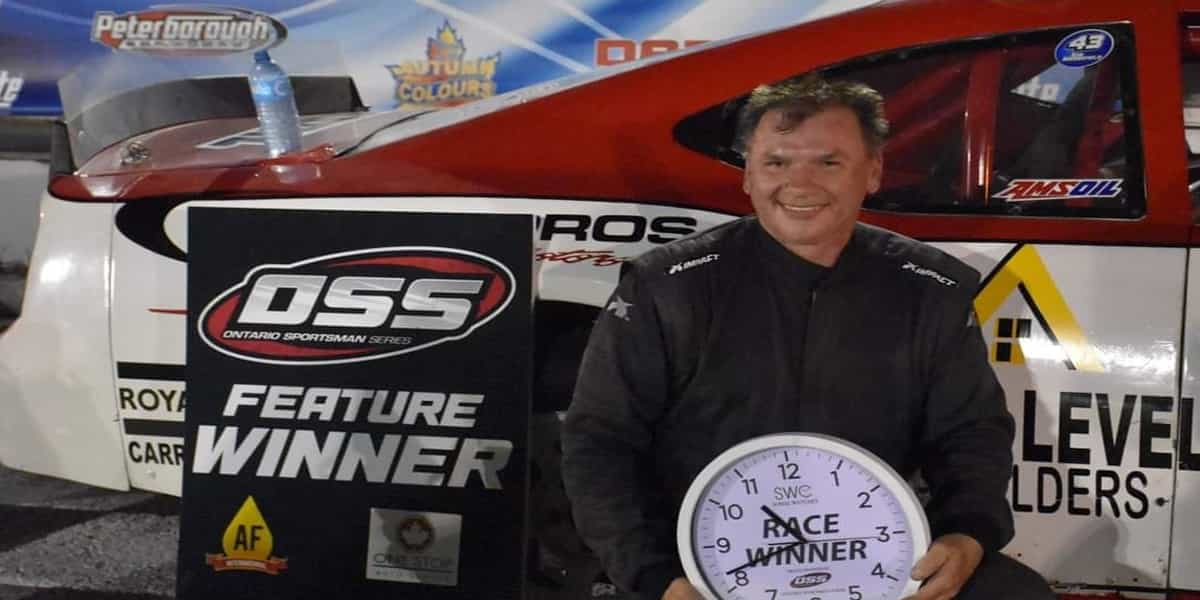 July 16 found the OSS series making its annual visit to Peterborough Speedway. After qualifying the 19 of Kevin Trevillin put himself on the pole . At the green flag the 19 jumped to the lead closely pursued by the 47 of Sean Mangin.

That’s when the battle of attrition started. As various contenders found trouble Trevellin continued to show the way. The 19 basically ran the second half uncontested, as the 12 Mark Patrick, 18 of Chad Mcglynn and 48 of Doug Cathcart battled.

The checker flag flew over Kevin Trevillin for his first series win after many years of trying, followed by ageless veteran Mark Patrick and Doug Cathcart rounded out the podium.