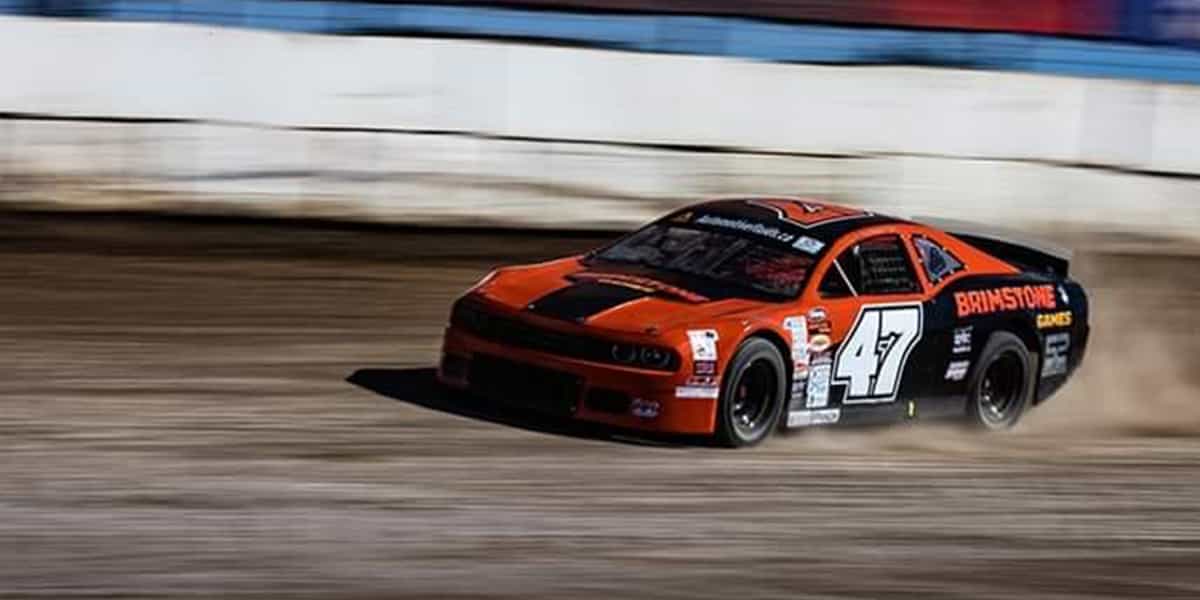 After time trials the charts found guest driver DJ Kennington in the Brimstone Games , Hryniuk Hall Motorsports 47 sitting atop the starting grid. He was joined on the front row by 2 time winner this season, #2 Todd Sheppard.  Followed by defending Series champ Chad Mcglynn in his 18 Ford.

As the green flag flew Kennington jumped out to a lead that he would never relinquish. The real battle was behind DJ as Sheppard, Mcglynn, Michael Hryniuk Jr, and a hard pressing Kevin Trevillin fought to round out the top 5.