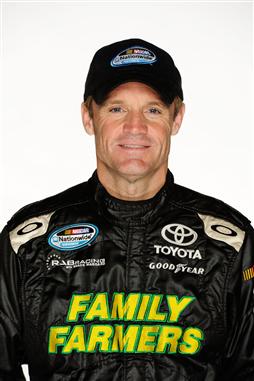 Kenny Wallace Set to Run the Brave Heart 100 at FTMS

Durham, Ontario – On April 4th LOSC received the news that the Brave Heart 100 at Full Throttle Motor Speedway was going to be an even more exciting event than we had originally anticipated. On June 8th the 100 lap shoot out will now also include NASCAR star Kenny Wallace. Wallace will be driving the #5, Brandon Huras Racing mount against Ken Schrader and the rest of the Lucas Oil Sportsman Cup Series drivers. As he steps away from his dirt racing schedule for the weekend, Wallace stated that he Is excited to come back up across the border to race alongside some of Ontario’s best.

“I have raced a lot in Canada” Wallace said, “In 1986, 1987 and 1988 I raced at Cayuga {{now known as Jukasa Motor Speedway}} with the ASA series, I also raced with NASCAR there as well up in Montreal and I always have such a great time.” He continued to then explain the creation of the “Fan Car” which was established here in Canada. “We had thousands of people put their name on the car, I really enjoyed the fan engagement, making it my favourite Canadian memory.”

As Wallace is now focusing on his dirt racing career after 25 plus years in NASCAR, Kenny explained to us why he loves to go back to his roots and race at tracks like Full Throttle, “Everybody’s got to have something” He chuckles, “I have a fear of being bored.” Although that is not the only reason he continues to strap up behind the wheel of almost anything, “Racing has been in my family for as long as I can remember, between my father, my brother Rusty and my brother Mike. Although we got our start in Dirt racing, there is just something about those Short Tracks.” Wallace continues, “We all have goals, and my dear friend Ken Schrader, who I will be running with on June 8th, has raced in every state as of last year, and just being able to say, I’ve raced there… has the perfect ring to it.”

While on the topic of Ken Schrader, Wallace explained to us the love he has for being able to share his passion with great friends like Schrader himself. “I refer to him as my other brother” He says, “I have known Ken since I was nine years old.” After racing together in the nation’s premier series, Wallace said there is nothing compared to being able to go back to tracks similar to where it all began for the two of them, “Schrader is the one who called me up about running with you guys in June.” Wallace continues, “He told me about Full Throttle and he did not have to do that much convincing for me to say yes.”

Being able to travel the country and do what he loves to do is a blessing he will never take for granted, but Wallace told us his favourite part about being the personality that he is, is the fan engagement, “It is everything” He started to tell LOSC. “I myself am a fan of other drivers, and I am generally a fan of people, when you admire someone and they acknowledge you, I think it is so important because some of those drivers are peoples hero’s.” Wallace said. “When I see people I admire, like Mario Andretti, like or reply to my tweet, It makes me like him more.” Further on, he explained that the sport needs more likeable drivers, and If he can do little things like sign autographs or come up to Full Throttle and meet some Canadian fans, it is the least he could do, to do his part.

As the date for the Brave Heart 100 at Full Throttle Motor Speedway is quickly approaching, the LOSC team is getting more excited to have such great mile stones in our sport come and race with us on June 8th. From FTMS, 100 All Access passes, Apparel, Meet and Greet plus BBQ with Kenny Wallace and Ken Schrader are available. They are $90+HST at a first come first serve basis and tickets will be not be held. For more information or to order tickets please email fullthrottlespecialevents@gmail.com.