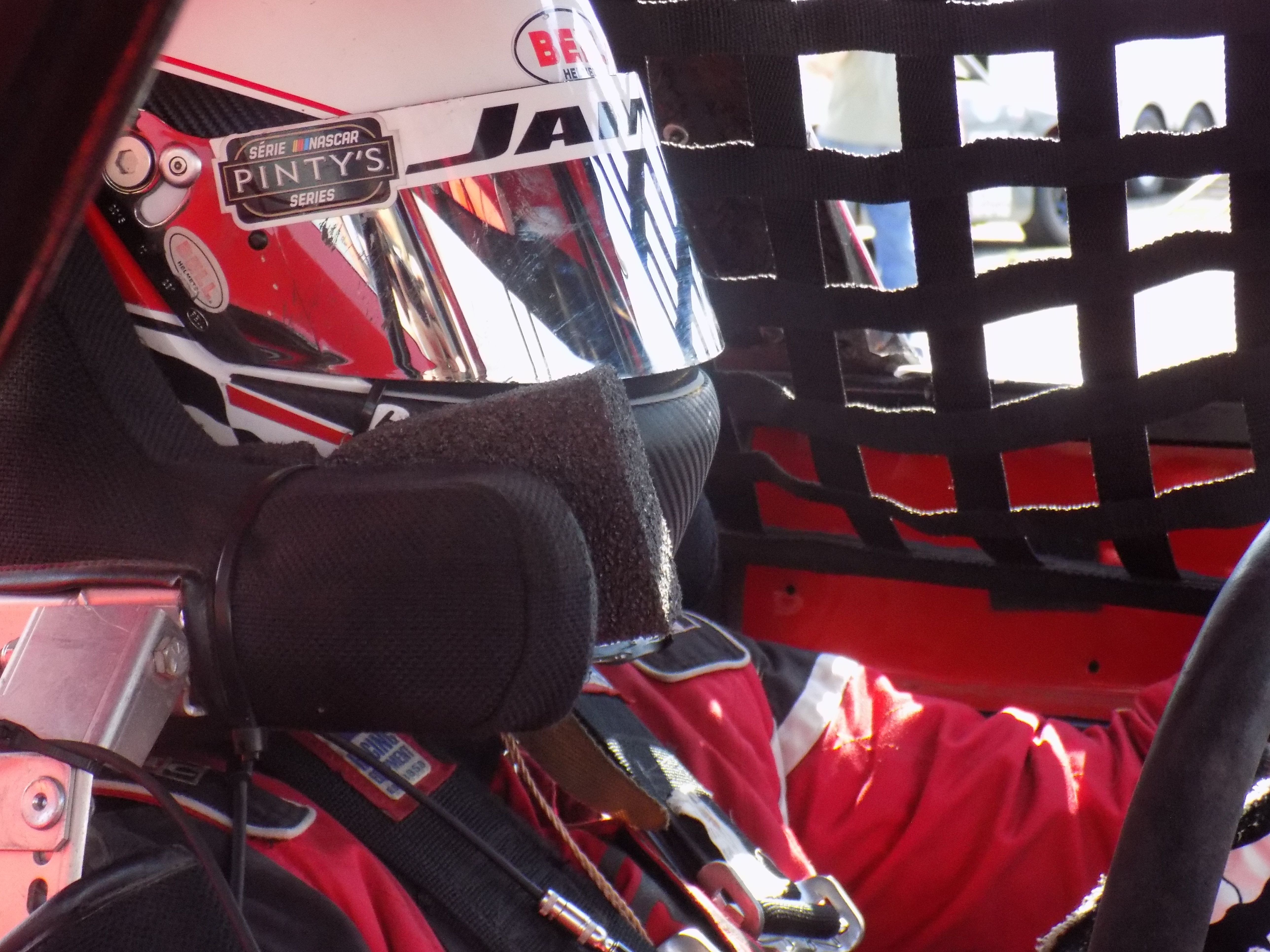 Peterborough, ON – This past weekend, the Lucas Oil Sportsman Cup Series made their annual visit to Peterborough Speedway. With morning rain clouding over, the series was left with one practice before qualifying, so that the track could stay on schedule.

Many teams were quick to show speed, as they had one round of practice to get the cars set up for their qualifying efforts. Minutes before qualifying was about to get under way, the 31 of Kevin Gallant and the 61 of Brent Wheller, pulled into the speedway, ready to give it their best shot at qualifying, with no practice laps under their belts.

Your series top qualifiers before the “Lucas Oil Fast Five” were the 4 of Connor James, the 40 of Jay Doerr, 31 of Kevin Gallant, the 28 of Steve Aubertine and rounding out the top five was your defending race winner, Kevin Allen.

LOSC Rookie of the Year contender Steve Aubertine turned heads this past weekend, as he took his #28 machine and qualified fourth before our redraw. The Although the 28 team has not been in attendance for every race, Aubertine is now 74 points behind Folino in ROTY standings.

With no practice and little time to get the car ready to go, Kevin Gallant showed speed right out of the trailer. The LOSC veteran proved race day practice is not a necessity, as he set his #31 machine with the third fastest time. Although, after qualifying was done, Gallant and his team did not stop looking for speed, as they made some quick adjustments before our 100 lap race, fell underway.

Over the course of this season, the most repeated names seem to be Kevin Gallant, Jay Doerr and Connor James. These three drivers have proved to us that they are here to win, week in and week out. Doerr constantly impressing us all, considering his car sat on jack stands for seven years, before coming back to play this season.

As intermission fell, the top five qualifiers went to the bottom of the grandstands to participate in our “Fast Five” draw. This left the 31 of Gallant with the pole, James second, Doerr third, Allen fourth and the Rookie, Aubertine in fifth. The five broke the 15 second mark, being the only five drivers to go below 15 second lap times. As home track features took to the track, the LOSC drivers were now ready to go.

Kevin Gallant and Connor James lead the field to green for the start of 100 laps. Gallant took the early lead, leading laps 1 to 33. Although while Gallant had the position, James was never too far behind, giving him little room as he patiently waited to make the pass.

Doerr and James were bumper to bumper with Gallant, while on lap 33, James took to the outside line to pass Gallant, with Doerr not far behind. James, Gallant and Doerr went 1,2,3 for the rest of the race. Although lapped traffic did not make any of their jobs easy.

With six cautions, involving most of the field, this made for interesting restarts and move throughout the race. As James was on his lonesome, Gallant and Doerr were battling hard with lapped traffic, trying to keep their cars in one piece. Although the lap down cars did not make it easy for the two, they still came out clean and finished the race, almost exactly as it started.

James lead from lap 33 to 100, putting on a clinic for the other drivers. Although leading up to lap one, it looked like it would be a hard fought race, after James made the leading pass, your points leader walked away with win number two of the season.

The LOSC Hard Charger award winner was Sauble Speedway winner Chad McGlynn, starting in the 12th spot and making his way up to sixth. The ROTY standings stay as is, with Folino still in the lead with three races to go in the season and Peterborough Speedway was our first race to break up our multiple ties in our championship points battles.

With no more ties, your top five in championship points are the 18 of Chad McGlynn in fifth, the 77 of McNicol in fourth, the 40 of Jay Doerr in third, the 31 of Kevin Gallant in second and now with a four point lead, your points leader in the 4 of Connor James.

This Saturday, August 17th is the Basement Store 100 at Flamboro Speedway. This will be the series first visit to the track this season, although we do return here for our championship night on September 14th. Pit gates open at 3pm, practice starts at 4:30 and the Lucas Oil Sportsman Cup time trials are at 6:30 sharp. As our year is quickly coming to a close, do not miss the last three races of the season, as the racing continues to get better and better.