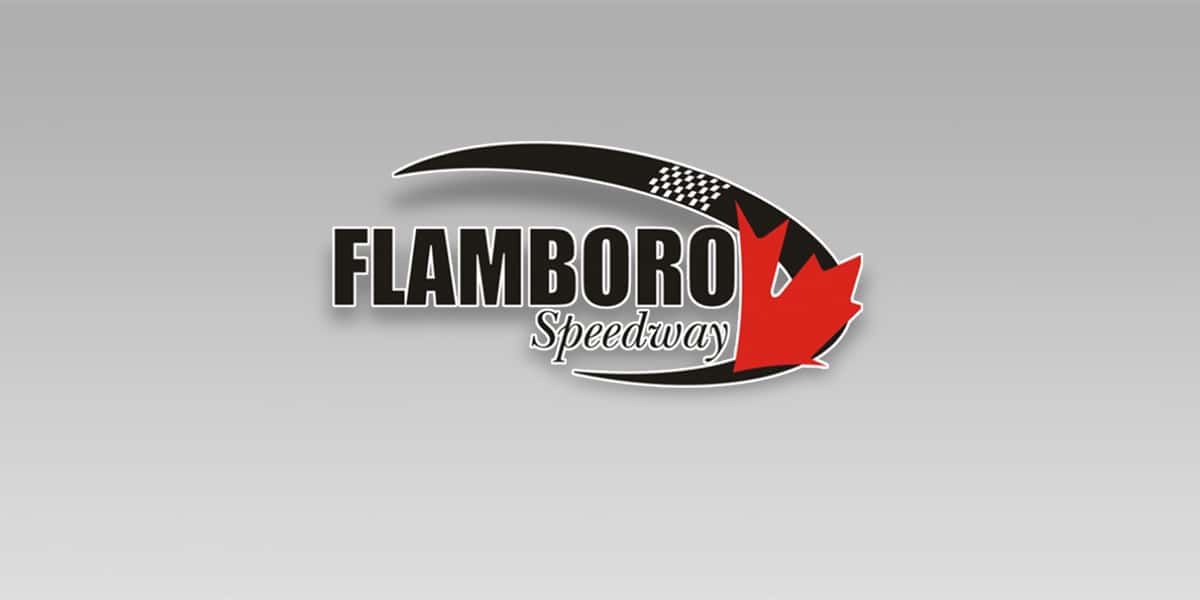 The Ontario Sportsman Series headed to Flamboro Speedway on September 10th to hold their championship night.

With 3 cars tightly bunched in the point standings , the Waterloo Garage Doors Twin 40s , promised to be action packed.

The first 40 lapper found Todd Sheppard and Connor James leading the field to the green. After a side by side battle the #2 of Sheppard began to pace the field with James in hot pursuit. Slightly past half way, Sheppard and James tangled with a lapped car that seen both drivers doing some fancy driving to keep their cars under control, after the dust settled Sheppard continued to lead with James dropping back in the pack. The #2 went uncontested in a caution free race to claim the checkers.

After race 1 , Kevin Trevellin squeaked ahead in the standings. Followed by Michael Hryniuk Jr and Chad McGlynn.

Race 2 started with Connor James on the pole and Todd Sheppard outside.

Sheppard quickly assumed the lead with James right on his bumper. Just shy of the halfway point , James snuck by into first and set out on a torrid pace. The #4 of James crossed the line first with the 19 of Trevellin right on his bumper. Kevin Trevellin’s second place finish secured his first series championship after racing for 30 years.
Congrats to Kevin on a very well deserved crown.