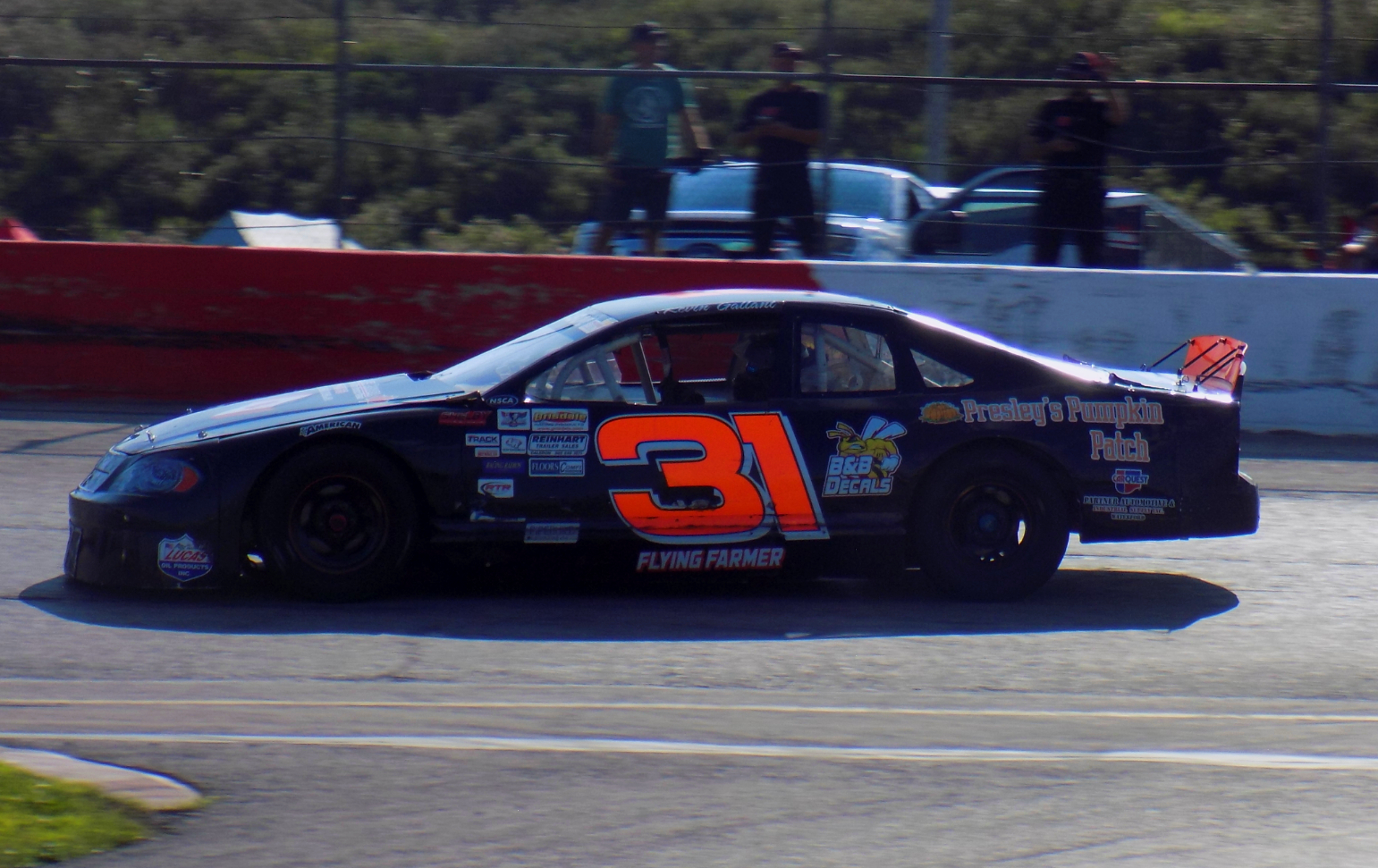 Kevin Gallant Leads Green to Checkered, Picking Up First Win of the Season

Flamborough, ON – This past Saturday, the LOSC Series made their first appearance at Flamboro Speedway. With your championship points being so close, your top five brought their A game, everyone eyeing victory lane.

Last season’s champion, Steve Arrand and the 54 team showed speed in practice, setting fast time. With the team not attending Full Throttles race at the beginning of the season, the team unfortunately Is out of the points race, although has shown that they are there to win as they dominate at every event they attend.

Sauble Speedways race winner, Chad McGlynn came up tenths of seconds short putting his team number two on the board before the fast five invert. Rounding out your top three, would be the Flamboro Speedway veteran, Kevin Gallant.

The “Flying Farmer” has laid down thousands of laps around Flamboro Speedway, in many different divisions. This proved as we seen the 31 machine look very confident in his qualifying efforts.

Your top five drivers in qualifying were the 54 of Steve Arrand, the 18 of Chad McGlynn, the 31 of Kevin Gallant, the 77 of Alvin McNicol and the 3 of the Tim Tolton. These names do not come as a surprise, as they have shown speed here throughout their years in the series.

At intermission, our LOSC Fast Five went over to the grandstands, to do our “Lucas Oil Fast Five” invert. This left Gallant on the pole, making his first visit to victory lane, that little bit easier. Right from the get-go, Gallant took the lead, maneuvering through lapped traffic while the 54 was knocking on his back door, every chance he could get.

With five cautions coming into play, every restart made for an even more anticipating race. Nearing the completion of the race, your top five continued to be shuffled around, as James and McFerran made their way up to round out your top five, for the last chunk of the race.

Gallant dominating the field, not worried about what was behind him, lead green to checkered, picking up his first race win of the season. This put Gallant on the top of the leader board for your LOSC Championship points, pushing James out of his two week consecutive spot.

After one of the most exciting races of the season, your top five for the Basement Store 100 was Gallant, Arrand, McGlynn, James and our guest, Brandon McFerran. McFerran also picked up our hard charger award, gaining seven positions during the race.

The Flamboro Speedway event, was nothing short of exciting. Jay Doerr was not in attendance, dropping from third to 13th in championship points. This now shuffles your top five, making Gallant your leader by two points, James in second, McGlynn third, McNicol fourth and Hyrnuik Jr in fifth. Although with that being said, our next race at Sunset Speedway will make for a pressured race, as we have gained the information that the 77 team of Alvin McNicol, who currently sits fourth in points, will not be in attendance for the rest of the season, due to an on track incident on Saturday Night.

The last two races for our season will be events you will not want to miss. Make sure you are at Sunset Speedway for the long weekend. Then clear your calendar on September 14th, for our championship night at Flamboro Speedway.